We've been getting great feedback from everyone on the things you do and don't like. It is a great help when we're making tweaks and considering future directions in the development of the game. Thank you!

Some people have mentioned they're struggling with the difficulty, as a result we've now added a Difficulty setting system which allows you to choose a difficulty.
You can change it any time you want during the game, so if you get stuck or just want some easier battles for a while, you can turn the difficulty down temporarily. 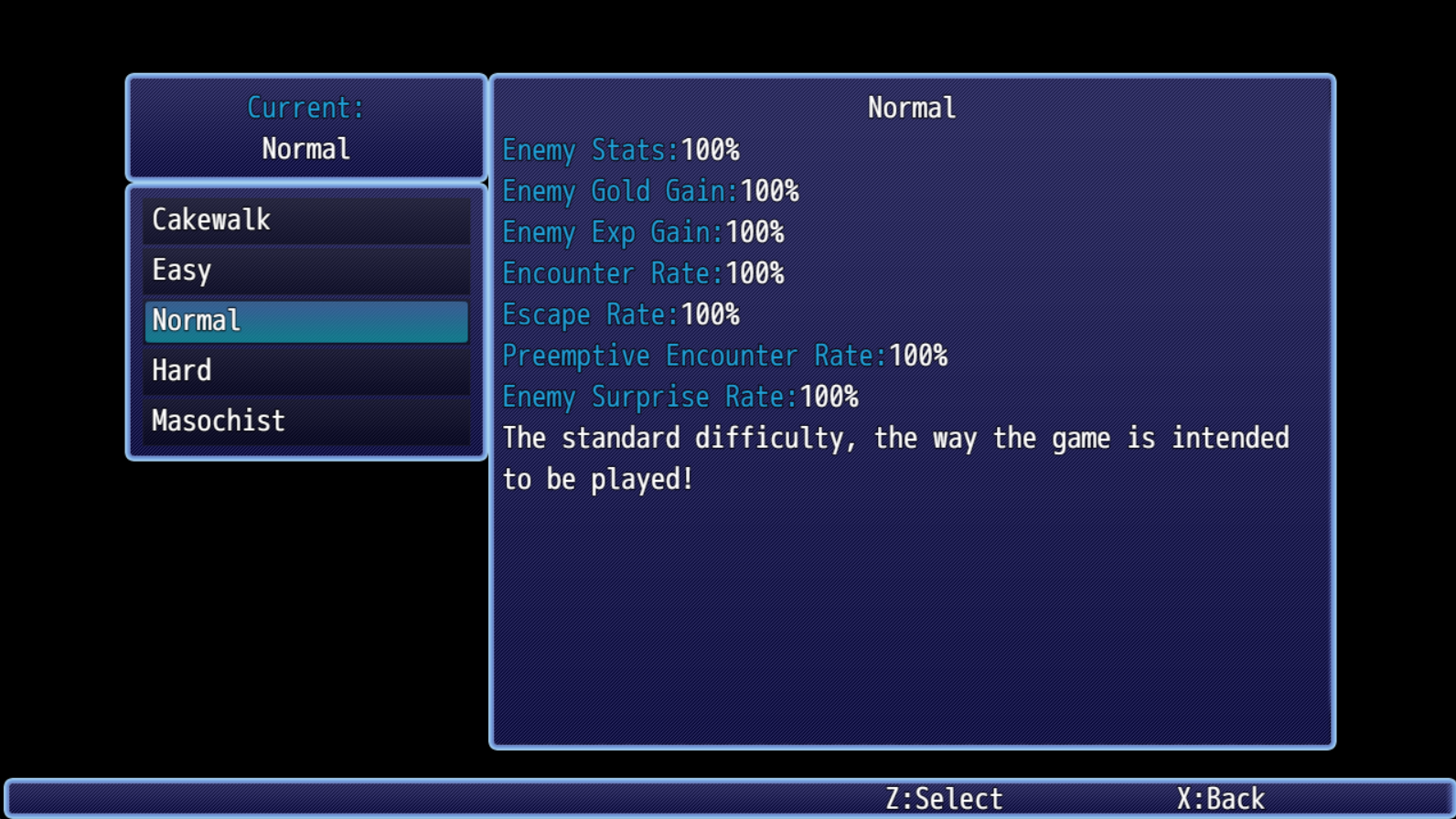 - Capped the Boss and Miniboss levels to be appropriate to their zone. Preventing them from staying too strong even if the player levels up before fighting them. This hopefully also makes boss battles a bit less dragged out.
- Added a difficulty setting to the game intro and in-game menu so players can play at their preferred difficulty
- Added some extra gameplay stat tracking for player to see and for achievements
- The Dodgy geezer has some more utility items
- Some very minor cosmetic changes to some map and the world map
- Changed the way gameplay stats are displayed in the inn book and fixed some that were displaying incorrectly
- added some new items and equipment
- A few changes to contents of some chests
- Added special ability for Karen and Millenia with cut-ins
- Fixed Alice not appearing during her skill cut-in
- The traveling merchant at labway pass actually has some items now

These changes should be compatible with existing saves.

Please let us know if you encounter any issues!